We are a professional Flocking machines and powder coating equipment manufacturer

The material of the painted workpiece In the metal work […] 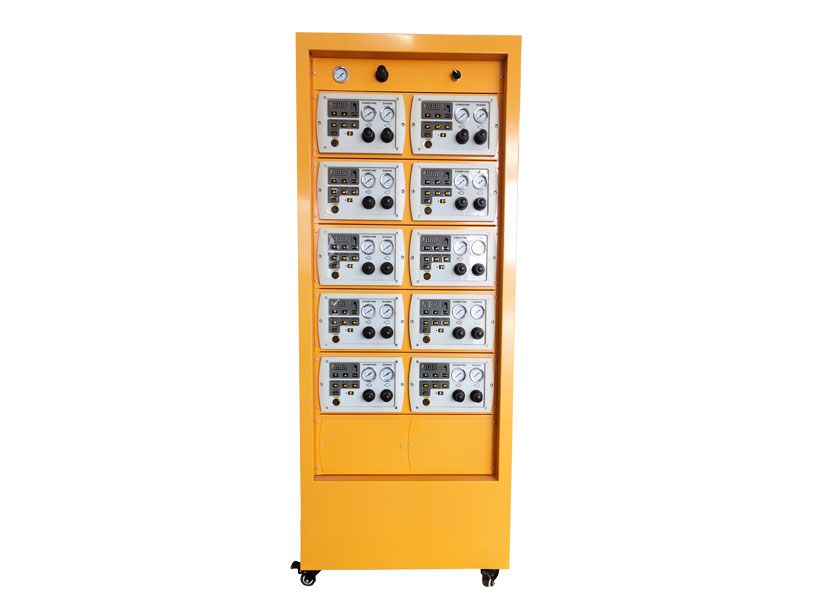 Workpiece surface treatment
Generally, the powder coating workpiece needs to go through the surface treatment process of degreasing, rust removal, degreasing, water washing, phosphating, water washing, (passivation), deionized water washing, and drying. Among them, impurities such as rust removal and phosphating residues may adhere to the workpiece, resulting in the existence of particles after film formation.
In the pretreatment process, before phosphating, one or a combination of several methods should be used to remove the scale, rust, grease, fingerprints and foreign substances on the surface to be phosphated, and the main requirement is that no coarse grains are produced. In order to avoid the formation of coarse crystalline phosphating film or film with excessive mass per unit area, it is necessary to use as little or no strong acid or alkali as possible for cleaning. The treated workpieces should be fully cleaned in cold water or hot water to remove the residue, otherwise once the residue is brought into the phosphating tank, the quality of the tank liquid will be destroyed and the phosphating effect will be directly affected.